All about Minehead Methodists

Coffee Morning:
Friday Coffee mornings
on Zoom will be back by popular demand at
10.30 am,  and
Margaret Lintern will lead our Thursday evening service on Zoom at 7.30pm.

-   -   -
Click here for a video of the Sunday 26th Service
-   -   -
Click here for this week's
Sunday Service Sheet for Home Worship  from
the Methodist Church
*
Here are some
Circuit Devotions,
songs and dramas for us to read, to think about and to use as a basis for our prayers. Just click here.
-   +   -
A FREE phone service to hear prayers and news from the Methodist Church has been launched:
Listen to a prayer:
0808 281 2514

Content is updated weekly on Thursday evening
*
There are many opportunities to engage with Christian worship
on line, a few of which
are listed below;
Just click on any in italics to be directed to that site:

Due to the current coronavirus pandemic and on the advice of the UK government,
all services and activities within the West Somerset Methodist Circuit are suspended until further notice.
There will be no Sunday or other services at any of our churches. 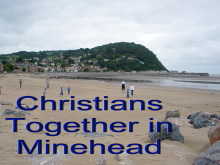 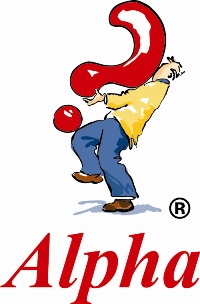 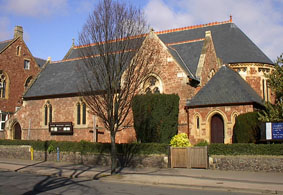 John Wesley, often referred to as the founder of the Methodist Church, visited Minehead twice, in 1744 and 1745.  He was on his way to South Wales and this was a stopping off point.

In 1811 a Society (a common word for a group of people in early Methodism) was formed, and met in a house at Court Place,
Bampton Street.   In 1850, when a Chapel was built at

Alcombe, the members were transferred there. It was

impossible to get land in Minehead to build a Methodist

meeting place. This was not at all unusual as it was seen as

breaking away from the established church.

In February 1874 a meeting was held in Mr Lomas's house

(Clevelands, North Hill) under the chairmanship of the Rev

Richard Groves and it was decided to approach Mr George

Fownes Luttrell of Dunster Castle, with a view to obtaining

Land for a Chapel. Much of Minehead land was owned by this

family for many years. Sites in Blenheim Terrace and Station

Road (now The Avenue)were suggested, and the latter was

The Committee proposed that the building should be 35ft

in Middle Street. Today this is known as the South Aisle or

Plans were prepared by Messrs Foster & Wood of Bristol, and

Messrs Brown& Hole's tender for £436 was accepted. At

Stones were laid by Mrs Lomas, Mr Corner of Torweston and

of this was £152. The opening services were held on June 15th

1876 and the Chairman of the District, Rev S S Rowe, preached

appointed secretary for the Chapel Enlargement Scheme. The

Estate Steward was approached to obtain some more  land, and

the Architects (Foster and Wood)were asked to send a sketch,

and later to prepare plans and specifications. Mr John

Pearce's estimate of £1165 was accepted and the contract

raised. The contract with Mr Pearce was brought to an end and

estimates to finish the Chapel were requested from other

with the addition later of £109 for Bath or Ham Hill stone. Mr

new pulpit was given by Joseph Wood, Esq.,  Architect. The

opening was on Wednesday, June 30th 1886,and the preacher

was the Rev T Tapley Short.

quarter If two people wanted the same pew, it was let to

There is a choir, who normally help to lead worship.

Not much is known about  the building of the School Rooms, except

the time. There are older members of  the congregation who

remember attending here, either on Sundays, or during the war,

when it served as a school. Over the years there have been

In the late 1990's new toilets were put in, including one for people

with impairment - this involved moving the front wall of the school

Of course we knew there were problems with the roof-water

buckets placed strategically throughout the building which had to be

emptied after every major downpour. There were some seats in

the church best avoided - or bring a brolly.  We also had dry rot to

eradicate. This is to say nothing of improving the facilities in our

Came in just under budget. Dry rot eradication over a period has

ancillary premises up to a good position. This has cost around

£50,00 but with the level of usage now achieved this has been a

very well presented and the Church Officers and congregation are

use what we have!

Now to the future ....We are in the hands of God who we serve,

the Jesus Christ who we worship, the Holy Spirit who brings new